It is mostly described as a morning medicine. People affected with any anxieties, stress disorders, and nervousness can find relief in the realm of Jack Herer. 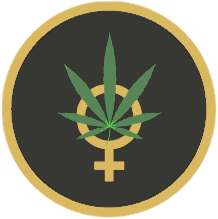 Jack Herer, sativa-dominant marijuana strain is also known as “The Jack”, ‘JH”, “Platinum Jack”, and “Premium Jack.” It represents the name of the marijuana activist and author of ‘the Emperor Wears No Clothes.’

The impressive cross delivered unique features, like 55% sativa, clear-headed and creative effects and 23% THC. It creates sticky buds that discharge appealing orange lemon fragrance and taste that bears a hint of some dank pine. The high this pleasant strain produces creates an excellent balance between physical and cerebral effects. It leaves the users superbly relaxed but conversant.

In the mid-1990s, the blissful Jack Herer was developed in the Netherlands where Dutch pharmacies later distributed it as a well-known, effective medical-grade strain.

The sativa heavy, legendary marijuana hybrid is often referred to as perfect blend that won its innumerable fans worldwide. The sativa content instils a very vivid happy high. The uplifting feeling without overpowering soon surrounds your body with relaxation after a few puffs.

Its energetic buzz indeed fuels a good time. This hashish crop is widely popular to generate cerebral high, but the user should avoid a solid couch-look. It is mostly described as a morning medicine. People affected with any anxieties, stress disorders, and nervousness can find relief in the realm of Jack Herer.

An all-around happy Jack Herer delivers scent reminiscent of pine and spice, inviting everyone with its strong appeal. The fragrance also gives a hint of lemon and orange juice, breaking up the earthy base.

Some users describe its aroma as cake-like delicious mixed with traces of pepper. The taste is similar to odours. Consumers like this hash plant for its tropical fruit salad taste with sharp spicy, saucy bite.

The predominantly sativa JH did not earn fans worldwide only due to its unique genetics, its soothing, happy personality also grabs the consumers’ attention. The great cannabis strain Jack Herer glitters strongly in its beneficial effects.

It provides powerful healing aid to patients suffering from both mental and physical ailments. The appealing strain Jack Herer, has won nine Cannabis Cup titles that the strain can boast of. It induces effects quickly and the strong head rush seems more energizing than disorienting.

After its strong high, one feels alert and creative. So, JH is considered one of the best cannabis strains to inject creative brainstorming and visualization. 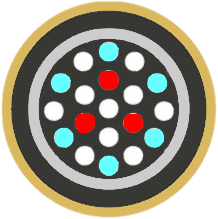 The award-winning Jack Herer marijuana seeds are most grown and most esteemed around the world. The fast flowering and high yielding traits of this superb cannabis plant speak of the quality it holds. This hemp plant is resistant to many diseases and it has earned fame as easy to grow an absolute staple. 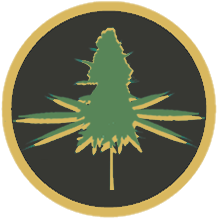 The pleasant-looking Jack Herer is famous for the short flowering period, of 8 to 10 weeks on average. The indoor crop bears18 ounces yield per square meter.

For outdoor cultivation, the optimal conditions are dry Mediterranean. The growers can reap 18 ounces per plant yield. The typical harvesting time is late September to early October!